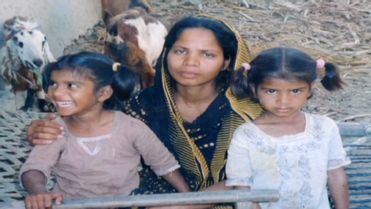 On June, 2009 a poor Christian farmhand, mother of five was accused of blasphemy in a small village of Ittianwali, Sheikhupura District of Punjab, Pakistan.

While working on the Muslim Farm, one day Aasia and her fellow workers engaged in a hot argument over the matter of drinking water from the same glass. It was later given a religious colour and Aasia was accused of blasphemy. She was dragged and noosed around the streets, humiliated and disgraced before the full glare of her village.

A First Investigation Report was filed against Aasia. She was convicted of Blasphemy due to the pressure of influential Muslims and later was given a death sentence on 8th November, 2010. She lodged a file against the decision and waiting an appeal from Lahore High Court.

Global Minorities Alliance has been calling for the release of Aasia bibi through online campaign #FreeAasia and through awareness raising presentations in the UK and abroad. The local Pakistan paper Express Tribune has recently reported the loopholes in lodging the First Investigation Report (FIR) in Pakistan police station. The rampant misuse of Pakistan blasphemy laws is a grave cause of concern for us and for the lives of minorities in Pakistan.

The recent stay on Aasia Bibi's execution is some glimmer of hope Aasia and her family. We are deeply concerned about her debilitating health and the safety of her family who is already facing death threats from the Muslims extremist groups.

We are in touch with Aasia Bibi's family, her husband, Ashiq Masih, and their five children shared with us the horrors of going through extremely difficult times, always in hiding and the uncertainty about the well-being of their mother and wife. GMA actively seeks to support the persecuted family in this difficult time.